by Doug Driesner and Alan Coyner$3.00 or free on the Web:http://www.nbmg.unr.edu/sales/pbsdtls.php?sku=P-21

by Doug Driesner and Alan Coyner 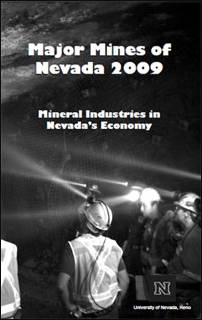 Holiday mints—a sweet dealBuy a Mackay medallion and receive a free copy of the book, Mackay Memories 1908-2008: The First 100 Years of the Mackay School of Mines, by Holly Walton-Buchanan, Ph.D. with James V. Taranik, Ph.D.Click here to order the…

Holiday mints—a sweet deal
Buy a Mackay medallion and receive a free copy of the book, Mackay Memories 1908-2008: The First 100 Years of the Mackay School of Mines, by Holly Walton-Buchanan, Ph.D. with James V. Taranik, Ph.D.

Click here to order the Mackay Centennial Medallion:
http://www.nbmg.unr.edu/sales/pbsdtls.php?sku=MM
To order the 2009 medallion, please give us a call or check back next week for availability on the shopping cart.

Ideas for the mining history fan
Check out these books and posters:
http://www.nbmg.unr.edu/_docs/Nevada_mining_history_for_holiday.pdf 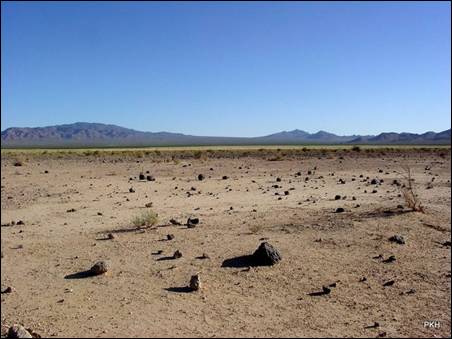 A comprehensive surficial geologic mapping effort was undertaken to support the development of a series of relative flood hazard maps of the Ivanpah Valley area, Clark County, Nevada. The study area spans approximately 1030 km2 (398 mi2) and is defined by all of three and part of one internally drained basins between Las Vegas and Primm, Nevada. The proximity of the study area to Las Vegas makes it a likely site of urban and suburban development in the near future, and it is currently being considered for the construction of a major airport facility. The geologic study focused on the delineation of surficial deposits of alluvial, aeolian, and playa sediments ranging in age from recent to late Miocene (approximately 5.6 million years old). Mapping emphasized the discrimination of active alluvial and playa surfaces from relict, inactive surfaces for the purpose of developing a relative flood hazard characterization to provide a baseline physical data set to guide floodplain management and more detailed studies related to hazard mitigation efforts in the area. Ideally, the maps will help planners understand the distribution of flood hazard conditions in the valley and direct mitigation efforts and engineering studies to areas with the highest potential for flooding. Study results indicate that 60% of the total study area (236 mi2) is composed of surficial geologic deposits. Within that subset, nearly 75% (175 mi2) is subject to a relative flood hazard level deemed greater than “none”, and nearly 53% of that area (125 mi2) is classified as having a hazard status high enough to represent a significant concern for floodplain management. A series of 9 maps and a complete digital GIS dataset accompany this report.

Read the full report at http://www.nbmg.unr.edu/Pubs/r/r53/.

This publication is only available online.